Another chance to take advantage of migration season: this time we head out to our Estero Americano Preserve, along the body of water dividing Sonoma and Marin Counties. It’s the property where Larry Broderick first came along on a members’ hike and dazzled hikers and leaders alike with his knowledge of birds of prey. Years later, Larry’s reputation as a presenter and an outing leader makes him much in demand, from Solano County to Klamath. Don your windbreaker and join him to see who’s surfing the thermals above our preserve.
Level 2 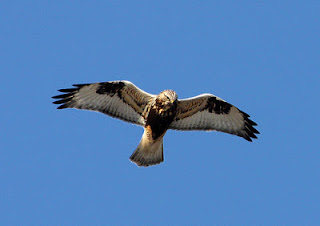 This my friends was a great day, Thank-you Sheri, Reta, Shanti and the whole Sonoma Land Trust group for making the Estero Americano a primer raptor identification and education tour hotspot!

(this photo is used in educational purpose and for non-profit