Monte Neil Kirven, born August 5, 1936, perished in the wildfires that consumed the forested hills near Santa Rosa, CA, in October of 2017.

Wildlife biologist Monte Kirven was instrumental in ensuring the survival of peregrine falcons in Northern California.

Monte’s love of nature and the outdoors was an integral part of his life. In time, his interest in fishing and hunting were nurtured into consuming passions that became lifelong pursuits. When his mother remarried a Navy man, they moved frequently. He attended Coronado High School in Coronado, CA, and East High School in Memphis, Tennessee, and graduated in 1955. He then attended the University of Mississippi where he earned a Bachelor of Arts degree in Biology in 1960. He was a member of the Sigma Chi Fraternity and was in the Army ROTC program; later commissioned as an officer after graduation. In 1964, he was trained in Military Intelligence at Fort Ord, CA.

In 1977, Monte earned a Ph.D. in Biology at University of Colorado studying bat falcons in Venezuela. Returning to California, he taught courses in biology and ecology at both Sonoma State University and Santa Rosa Junior College. During this period, he collaborated with Robert Riseborough, Geoff Monk, D.A. “Sandy” Boyce, Brian Walton, and others to determine the pesticide contamination levels in peregrine prey species; studied the foraging behavior of nesting peregrines in a geothermal development area via radio-telemetry with Dr. James Enderson; and was employed by the Ukiah District of the Bureau of Land Management to conduct a decade-long survey of nesting peregrines in northern California. He is credited with helping to show eggshell thinning in endangered peregrine falcons that led to the banning of DDT for agricultural use in 1972.


A falconer for over 50 years, Monte was accomplished at training peregrine falcons for the hunting of waterfowl. In addition, he mentored many aspiring falconers to care properly for their birds and to hunt successfully with them.


He is survived by his daughter Kathleen K. Groppe of Lancaster, TX, sons Kenneth of San Diego, CA, and Brian of Point Reyes Station, CA, sister Marcia A. Gray of Helen, MT, and her children Alex, Tessa, Andrew and Jimmy and former wife Valerie Quate. 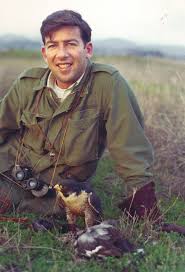 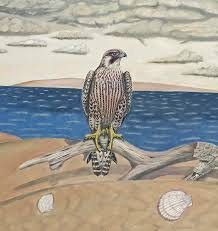 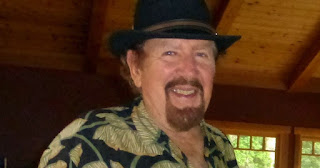 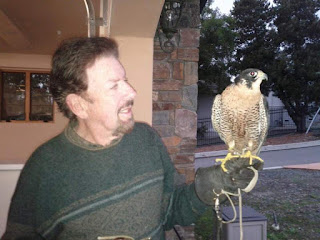 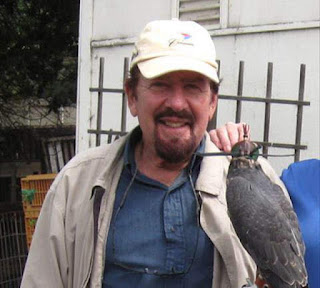